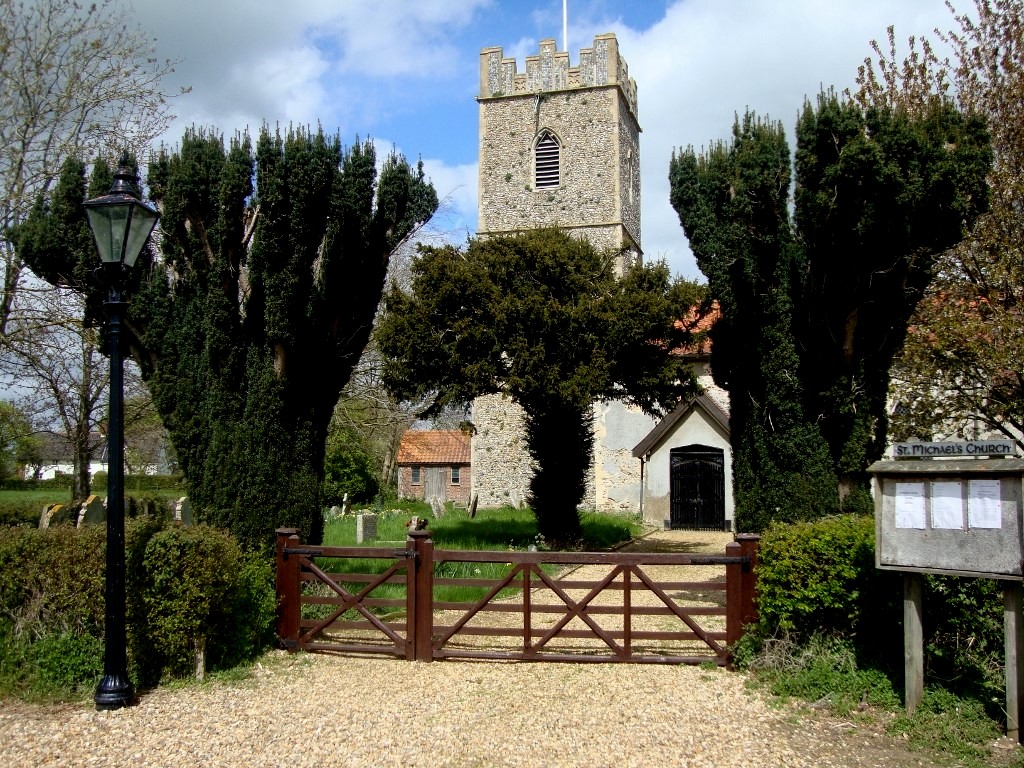 St Michael South Elmham church stands on the edge of a large green about one mile north of Rumburgh in Suffolk. Inside the church on a wall behind the font there is a simple plaque. 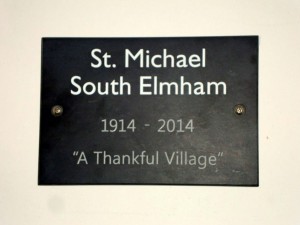 This simple plaque marks out the village as having a very rare distinction, one shared with only around 50 other villages in the UK. There is only one other example in Suffolk and none in Norfolk. A “thankful village” is one where all the men who went to war from the village during the First World War returned safely. Not only this, St Michael South Elmham is a “doubly thankful” village where all the men who served in the Second World War also returned safely. In total 11 men survived the first war and 7 the second. 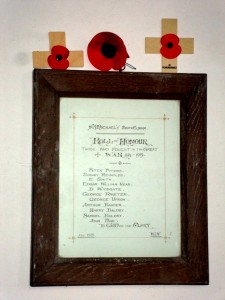