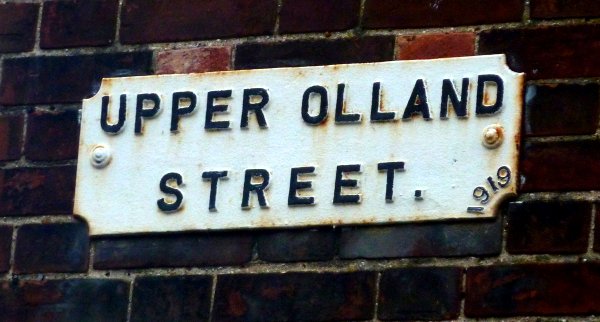 It was decided that Bungay would commemorate the end of the Great War in 1919 by installing specially commissioned street signs around the centre of the town. The signs were cast by Rumsby’s Ironworks and Foundry just off Earsham Street, now no more.

Some of these signs look almost as bright and new as the day they were first affixed to a wall, 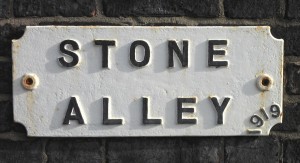 whereas time, twentieth century technology and the weather have left their mark on many others. 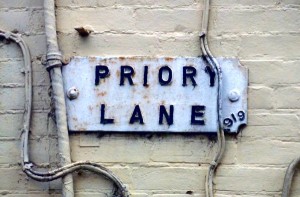 All the plates were the same shape, but for some reason some were more decorated than others. The winner here is Outney Street, leaving no doubt who was the boss. 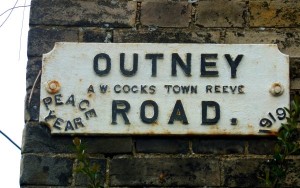 Market Place is the only other one which has Peace Year in the bottom left hand corner and 1919 at bottom right. 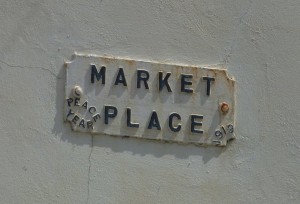 Many of the others like Quaves Lane, including a bit of vegetation, just have 1919 in the bottom right hand corner 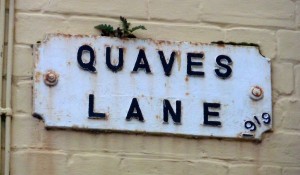 Trinity Street really does have 1919 at bottom right, it’s just that the painter missed it last time he was out touching them up, which was quite a long time ago 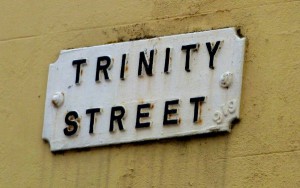 Staithe Road, although the plate is the same shape as the others, has neither Peace Year nor 1919 on it, just a very firm full stop at the end. Was this sign part of the peace commemoration or was it already there? 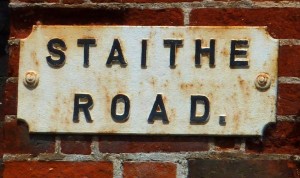 Gas House Lane may raise a few eyebrows, mainly because there isn’t a Gas House Lane in Bungay, at least not anymore. At some point after 1919, it got a bit upwardly mobile and changed its name to Rose Lane, which it still is today. The sign turned up on an online antiques site a while back. Yours for £65.

Although Rumsby’s is long gone, it would be nice if we could turn up one of the original patterns for these signs, but they have probably all long gone for firewood.

We’ll be updating this post as we find out more about the story of the Peace Year signs. Whose idea was it? How was the money raised? Why weren’t the signs all the same design? When was the unveiling ceremony?

We’ll also put together a gallery of all the signs now that we think we’ve photographed them all. Unless of course we’ve missed any?